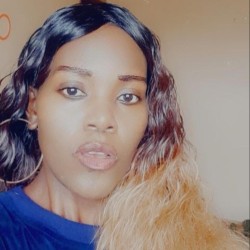 Detachable PCs, otherwise known as 2-in-1s, are all the rave today – and the Surface Pro 3 is no exception. Laptops are heavy. Tablets, while light, can’t operate fully as laptops. A combination of both, however, like Microsoft’s Surface Pro 3, saves you a couple of troubles. That’s right! Professionals on the go need something lighter to carry between meetings; students need a smaller load to move between classes, and Netflix aficionados require a lighter pack to transport after a terrific movie experience.

Microsoft’s 2-in-1 fits the bill. Sure, the device might have been in the market for four years now, and there could be upgraded versions in its product line, but the Surface Pro 3 still boasts some cool features. The Surface boss, Panos Panay, has referred to this device as the “tablet that can replace your laptop,” but is it true? Does the Surface Pro 3 really live up to the hype?

The Surface Pro 3 has a 12-inch screen immediately greets you once you set your eyes on the device the first time. The large screen also boasts a good resolution of 2160 x 1440, making for a razor-sharp viewing experience. It’s the kind of thing Netflix enthusiasts could kill for. That’s not all, but the display is housed in a sleek magnesium frame, which is only 9.1 millimeters thin.

If you thought the large screen would make this 2-in-1 heavier, then you’re wrong. But the Microsoft’s detachable is incredibly light. At 1.76 pounds, the Surface Pro 3 is pretty lighter than most devices in its class, making it more portable. The Surface Pro 3 uses Windows 10 operating system. Also, it comes with a few really cool accessories including the Surface Pen. This battery-powered stylus allows you to operate the convertible laptop, even while it’s locked. The Surface Pro 3 also comes with a kickstand that allows for a multi-angle view.

The docking station is a cool accessory, too, especially for mobile professionals who fancy desktop capabilities. The Type Cover is sure to be a winner. It comes with a larger-than-before trackpad, and the five different colors are a bonus if you need to complement your decor with a particular shade.

Well, pricing ranges from $800 to $2,000, depending on the configuration type you choose. Also, while this product is available on Amazon, you can get it in Microsoft Stores – as well as other online outlets.

Like other 2-in-1s, Microsoft’s detachable comes in five separate configurations. The difference in the versions sits in the processor type, memory size, storage capacity, and, obviously, the price. Well, each version serves various needs – and budgets. Therefore, the model that’s best for you is one that best serves your interests and matches your budget, simultaneously.

You can choose from the following configurations

Yes, it could be that you need a faster processor. Or, maybe, you’re craving for considerable storage space. Moreover, your priorities could be memory-based or price-oriented. The thing is, whatever your needs might be, you want to go for the version that addresses those!

While we scoured the web for the best review sites, Amazon and Microsoft were our main points of reference. When it comes to other brands that could give the Surface Pro 3 a run for its money, sites like Lenovo, HP, and Eve-Tech proved to be handy as well.

How Does Surface Pro 3 Compare to Major Brands?

There’s no denying that the Surface Pro 3 is a terrific product, as far as its predecessors are concerned. However, this device might not be for everyone, considering a few limitations it has. Which is why we have compiled the following list of top brands so you can easily see how the Surface Pro 3 compares to its competition.

Our comparison includes products that are either cheaper or match the Surface Pro 3’s starting price – but include accessories like the keyboard and stylus, which Microsoft’s 2-in-1 sells separately. Other products boast faster processors, better storage, and longer battery life than what you should get in the Surface Pro 3, for the same price. Some more come with external features that you won’t find on this Microsoft’s detachable, such as both USB Type-C and Type-A ports.

The Lenovo Yoga 920 series can be purchased for anywhere between $1,100 and $1,700 depending on what customizations you want. Amazon customers have rated the notebook 3.5 out of 5 stars. The biggest complaint customers had about the product is that it is unreliable and slow. However, overall, customers had a good experience with it.

Thanks to the stiff, stable, hinge, the Spectre is what you just need when you want to work on your laps hassle-free. The fingerprint scanner is a cool feature, too. In addition to the 4K display, the Spectre weighs just under three pounds and has a battery life of over eight hours.

The various versions boast different prices ranging from $949 to $1,399. Amazon reviewers rate the product 3.4 out of 5-stars. While a few customers report a bad experience, including excess heat, most customers are pleased with the Spectre, especially when it comes to the product’s speed.

The notebook costs between $350 to $1,030. The Amazon rating 4.2 stars out of 5 stars. Save for a few caveats, including shorter battery life, most customers are happy with the product’s performance in general.

The Eve V not only matches the starting price of the Surface Pro 3 but also includes the keyboard and stylus. The 12.3-inch display boasts a 2880 x 1920 resolution, and the product weighs three pounds. It features a battery life of about seven hours.

According to reviews online, this product has sporadic availability; it’s not listed on Amazon. Customers on the Eve Tech website appreciate the Eve V’s great screen and like that the ports couldn’t be enough.

The Surface Pro 3: Pros and Cons

There are two sides to every coin, meaning that every killer gadget out there comes with its good and bad. Therefore, it’s only fair that we list the pros and cons of this device so you can make an informed decision. Our pros and cons are based on Amazon reviews, for the most part, and we give the Surface Pro 3 four stars out of five.

So what’s our verdict?

Our verdict is that the Surface Pro 3 is a great device, especially when you are on the go. It’s a lot lighter than most of its matches. The pen is also a standout feature, needless to say; it’s digital and couldn’t be more accurate, unlike the non-battery-powered plastic pens in the competing brands.

However, if you’re looking for a device that rests comfortably on your laps without wobbling, then HP Spectre x360 would be more attractive. In the same vein, if your preferences are geared toward an all-inclusive 2-in-1, meaning the keyboard and pen are included, then the Eve V could be your cup of tea.

There you have it, folks. Yet, it’s possible we may have missed a thing or two. So please share with us in the comments your favorite 2-in-1 you think could be an alternative to the Surface Pro 3.